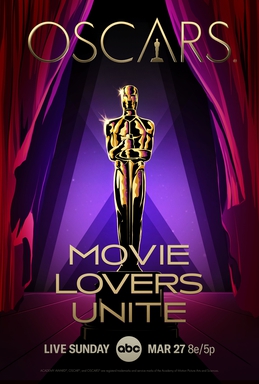 The 94th Academy Awards / Oscars were an eventful one right! There’s a lot of speculation about how the future for the award ceremony looks and there are possible changes in the background… This in itself caused some controversy in recent days as calls for more inclusivity have been not only taken on board but blown out of proportion and the people calling for these changes themselves are often saying that they’ve gone in a direction they didn’t ask for. After almost 100 years it really does look like the ceremony is coming well past its prime.

Maybe Will Smith slapping Chris Rock was just what the ceremony needed to add some spice!

Anyway, that’s all for another post, so let’s take a look at who won during the evening and who just missed out!

Won by Jane Campion for “The Power of the Dog”

Nominees were Javier Bardem (Desi Arnaz in Being the Ricardos), Benedict Cumberbatch (Phil Burbank in The Power of the Dog), Andrew Garfield (Jonathan Larson in Tick, Tick… Boom!) and Denzel Washington (Lord Macbeth in the Tragedy of Macbeth)

Won by Kenneth Branagh for Belfast

Won by Sian Heder for CODA

Nominees were “Drive my Car”, “Dune”, “the Lost Daughter”, and “the Power of the Dog”

Nominees were “Flee”, “Luca”, “The Mitchellsve the Machines” and “Raya and the Last Dragon”

Won by Drive my Car

Nominees were “Flee”, “The hand of God”, Luana: A Yak in the Classroom” and “the Worst Person in the World”

Nominees were “Ascension”, “Attica”, “Flee” and “Writing with Fire”

Won by The Queen of Basketball

Nominees were “Audible”, “Lead me Home”, “Three Songs for Benazir” and “When we were Bullies”

Won by The Long Goodbye

Nominees were “Ala Kachuu”, “The Dress”, “On my Mind” and “Please Hold”

Won by The Windshield Wiper

Nominees were “Affairs of the Art”, “Bestia”, “Boxballet” and “Robin Robin”

Won by Hans Zimmer for Dune

Nominees were DIXSON & Beyonce with Be Alive from King Richard, Lin-Manuel Miranda with Dos Oruguitas from Encanto, Van Morrison with Down to Joy from Belfast and Diane Warren with Somehow you do from Four Good Days

Nominees were “Belfast”, “No Time to Die”, “The Power of the Dog” and “West Side Story”

Nominees were “Nightmare Alley”, “The Power of the Dog”, “The Tragedy of Macbeth” and “West Side Story”

Nominees were “Nightmare Alley”, “the Power of the Dog”, “The Tragedy of Macbeth” and “West Side Story”

Won by “The Eyes of Tammy Faye”

Nominees were “Coming 2 America”, “Cruella”, “Dune” and “House of Gucci”

Nominees were “Cyrano”, “Dune”, “Nightmare Alley” and “West Side Story”

Nominees were “Free Guy”, “No Time to Die”, “Shang-Chi and the Legend of the Ten Rings” and “Spider-Man: No Way Home”