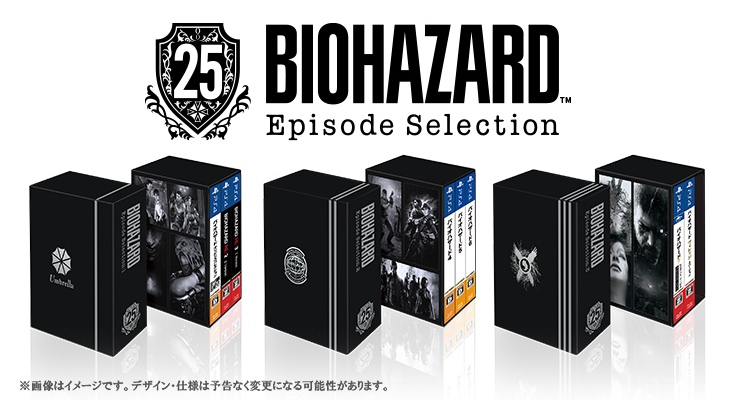 Resident Evil, the game franchise (called BioHazard in Japan) is turning 25 and to celebrate they’re bringing out a set of special edition box sets of several titles in each, which will include their upcoming multiplayer release. Capcom are releasing a total of 3 of these boxes, with each one focusing on a different chapter in the Resident Evil gaming story:

Resident Evil 7 (Gold Edition) and Resident Evil Village, which to date is the latest release for the series. It will also have a product code for “RE: Verse”, the upcoming multiplayer game coming out in 2022, as well as a set of 13 art post cards.

I’m not the biggest gamer, but am a HUGE fan of Resident Evil in just about all of its forms, so these are very exciting for me. They’re going to be released in Japan on 25th November 2021 for ¥5,990. As of yet there is no global release news, but should be available for international sales through Amazon japan.

For the full story go check out our friends at Go2Games.