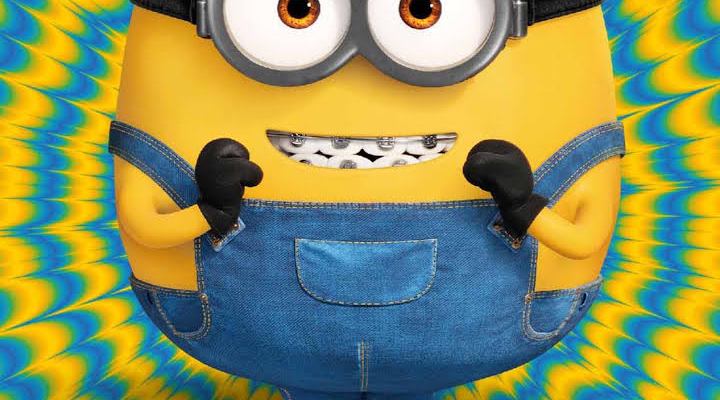 I don’t mind the Despicable Me films, including the Minions spin-offs, but I also haven’t seen all of the minions stuff, so I’m really a casual viewer, and one of things which is good about them is that actually, you can view them casually and don’t need to have seen and remembered every second of every film for the next one to make sense.

It looks to me like this film is the usual recipe of toilet humor, stupid noises, subtle adult humour, outrageously over exaggerated foreign accents and steal something which he needs to return story line, which have made the other films in the franchise so popular.

Clearly this is a sort of origins story for Gru which follows his wishes to join the Vicious 6, a consortium of evil villains. They reject him and prove his prowess he decides to steal their mascot I guess it is. During his escape he gives it to one of his minions, who trades it for a pet rock, which I guess then starts a cat an mouse game of Gru trying to retrieve his talisman while the Vicious 6 are pursuing him.

It looks like it’s full of humour but beyond that I’m not sure how much it is going to bring to the table in terms of something new… Even as a child, Gru is still essentially exactly the same character.

Finally I’m not sure why its called Minions: the Rise of Gru and not Despicable Me: the rise of Gru… who is the emphasis on here? the Minions, or Gru?

I can’t say I’m overly excited about this film to be honest.